Sheep Festival a success thanks to OSF 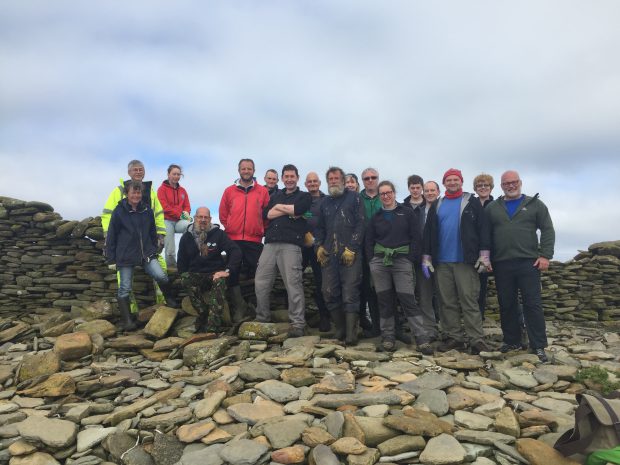 North Ronaldsay’s first ever Sheep Festival has been a resounding success, featuring a fortnight of sheepdyke re-building, punding and a plethora of activities organised and executed by Islanders and volunteers eager to feel the Island buzzing with enthusiasm once again.

Over 40 volunteers came from far and wide (including Sydney, Amsterdam and Colorado) to take part, and by the end a staggering 200 paces (metres) of sheepdyke – the equivalent of several thousands of pounds worth of re-building – was achieved, in no small part thanks to the generosity and support of The Orkney Sheep Foundation.

“Those free nights of accommodation at the Obs were very gratefully received and a huge incentive to coming up. As a base for tired and dirty dykers, there could be no better alternative. The bird-related talk, the excellent music and films and the bar helped cement the group together.”

Arthur Hunt, volunteer and recipient of one of 10 subsidised places sponsored by The Orkney Sheep Foundation

THE EFFORT AND ENTHUSIASM of those involved surpassed all expectation, with people aged 12 to over eighty getting stuck in with 6 hours of building a day, all with a smile on their faces. The group participation was reminiscent of the community efforts of years gone by, with several Islanders offering their expertise on the best methods of re-building, and providing a unique and fascinating insight into life on the Island and their hopes for the future. 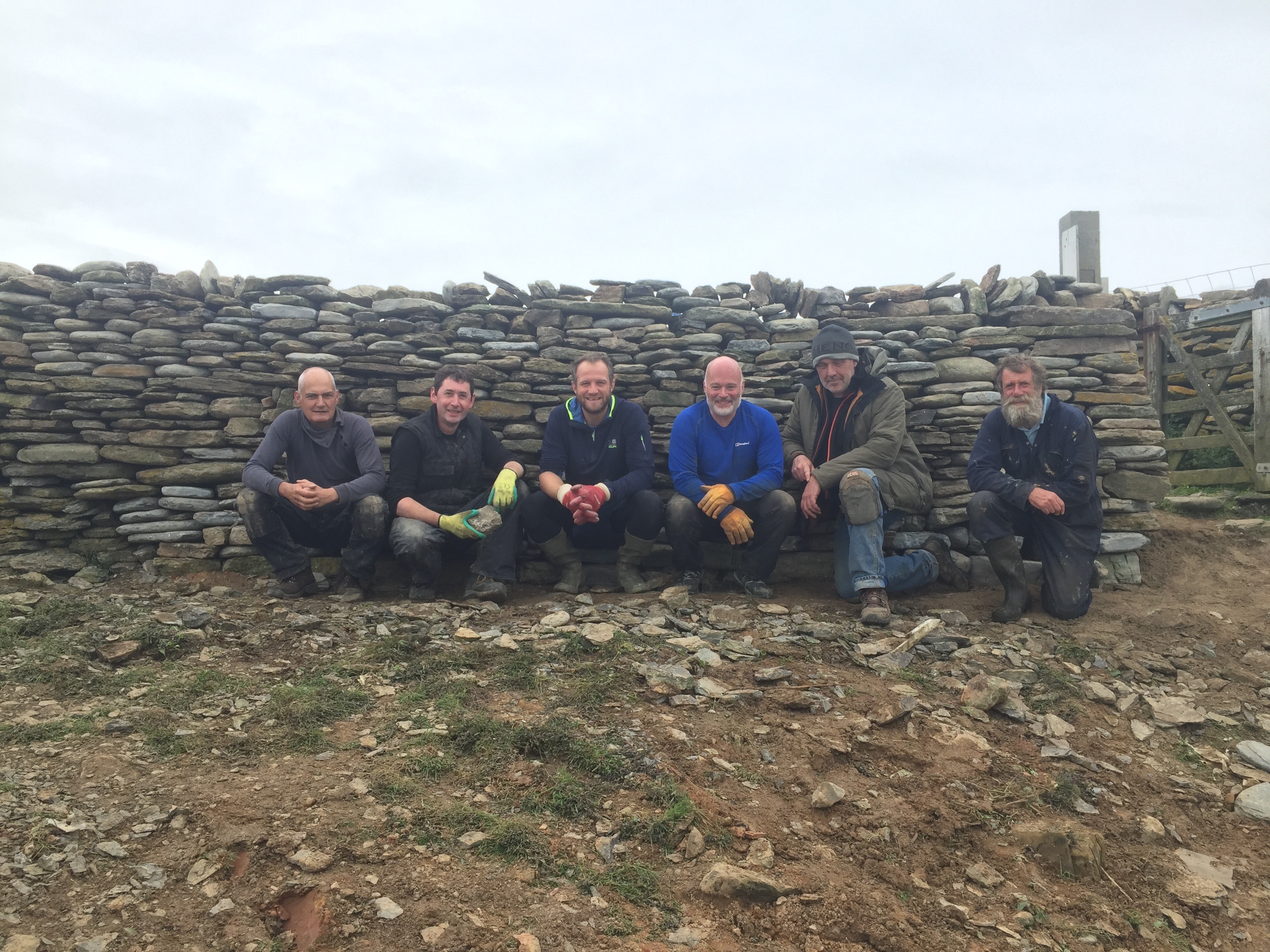 EACH DAY’S WORK was rewarded with an activity to celebrate the building success, from tours of the Lighthouse to felting workshops, beach BBQs, live music, Kids’ Clubs, two Pub Quizzes, a Treasure Hunt and Traditional Folk Dance for which over 120 people arrived on the Island to take part.

THE FEEDBACK from both volunteers and Islanders has been extremely encouraging, with many asking to be informed of next year’s dates as soon as possible (watch this space!). The feeling of a renewed energy has been released on the Island, with folk coming together to celebrate North Ronaldsay’s unique history and heritage whilst conserving its future. The Festival Committee are buoyed by the success of this pilot year, and hope to build upon this achievement and create an even greater event for 2017. 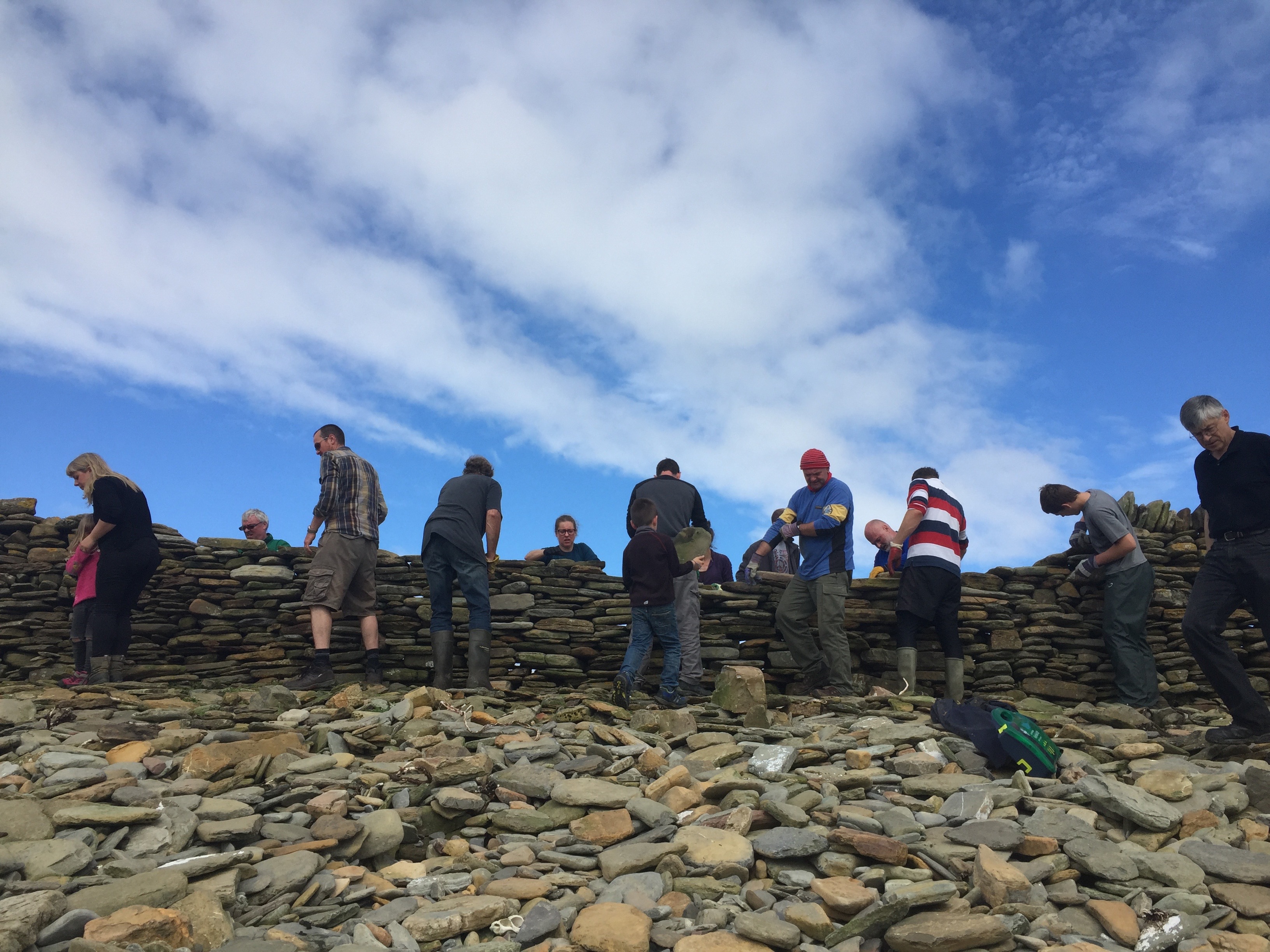 Posted On 24th April 2016
Conservation through restoration The island of North Ronaldsay is hosting its first ever Sheep Festival in July-August 2016. This two week event will see volunteers from…

Posted On 28th April 2018
This year's North Ronaldsay Sheep Festival will take place between the 29th July and the 10th of August 2018. Join this year's festival for a…