Here is what Alan has to say about his film: “As part of the Margaret Gatty film I am making, I went up to North Ronaldsay in the Orkneys to film the sheep that live on the foreshore, and fell in love with these beautiful little sheep that just eat the seaweeds on the rocks.”

We hope you enjoy watching this as much as we have – a must-see with fascinating information on the different types of seaweed the sheep eat and why eating grass inland can be dangerous for them.

The OSF was thrilled to help BBC1’s Countryfile team when they came up to North Ronaldsay in January 2016 to film their Winter Special featuring the NR sheep and to highlight the need for repairs on the storm-damaged dyke (on air BBC1, 7pm, 31st January 2016). While we were there we shot a short video of our own to highlight the work the OSF is doing to help this rare breed. Click on the film below or watch on our YouTube channel, or Facebook page (where this video has already had over 1k views!). Enjoy!

To view our OSF videos you can visit our dedicated YouTube Channel or click on the thumbnails below:

The Orkney Sheep Foundation – an outline

A useful and extremely informative presentation on the history of the sheepdyke and rare breed, as well as the highlighted need for conservation and restoration of North Ronaldsay’s historic monument.

In early September 2015 two of The Orkney Sheep Foundation’s Trustees, Hunter Peace and Robert Brewis, spent two days walking the perimeter of North Ronaldsay, following the historic line of the sheepdyke. Below is a short clip of their tour:

This wonderful video – including a brilliantly natty soundtrack – from German television show NDR.de gives a great insight into working life on the island of North Ronaldsay. (In German) 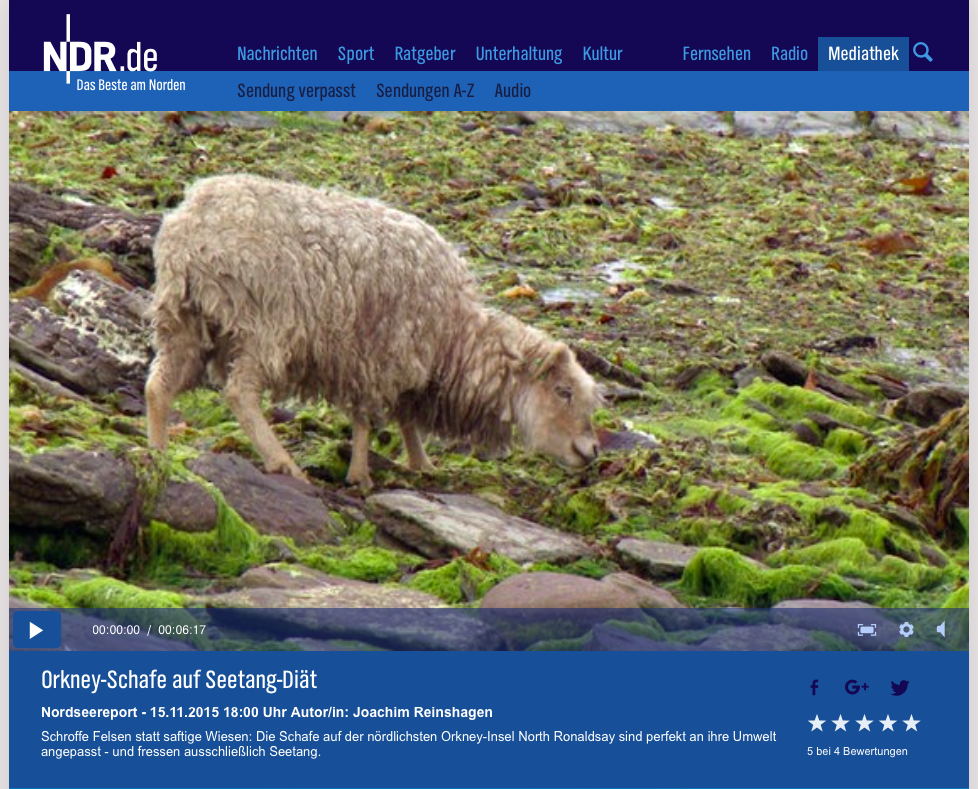