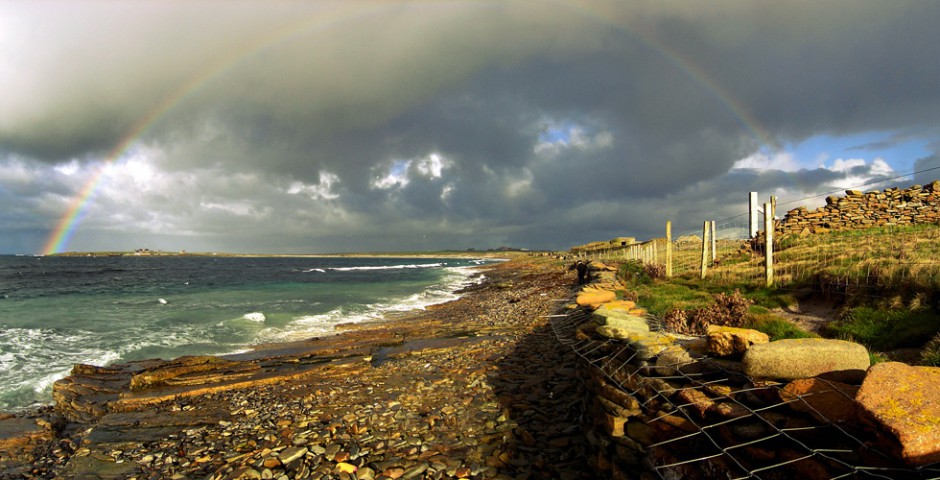 North Ronaldsay is an island of contrasts, with rocky cliffs facing the Atlantic and sandy beaches by the North Sea. It lies on a great east-west shipping route, which over the centuries brought ships of all sizes and led to the building of two lighthouses, one of them the tallest land-based light in the UK. A 12-mile stone dyke circles the island, probably the largest drystone construction conceived of as a single entity in the world. On the shore beyond, the ancient native sheep graze on seaweed, their wool clip turned into fine yarn in the island’s own spinning mill. They share the life of the shore with seals and sea-birds, and with its varied habitat and place on migration routes, the island is one of the best places in the British Isles for ornithology. The community share their love of the past with an enjoyment in working together to tackle the challenges of the future.