The vision and skill of the island laird, John Traill, led to the great agricultural improvements that included the building of the sheep dyke. His talent in administration led to the structure for the management of the sheep themselves in the regulations of 1839.

These were carefully worked out between the laird and the crofters and they covered the maintenance of the sheep dyke as well as the management of the flock.

On the one hand, each crofter has to right to keep a certain number of sheep on the shore. On the other, there is a duty to repair and maintain the dyke “in proportion to their allocation of sheep” 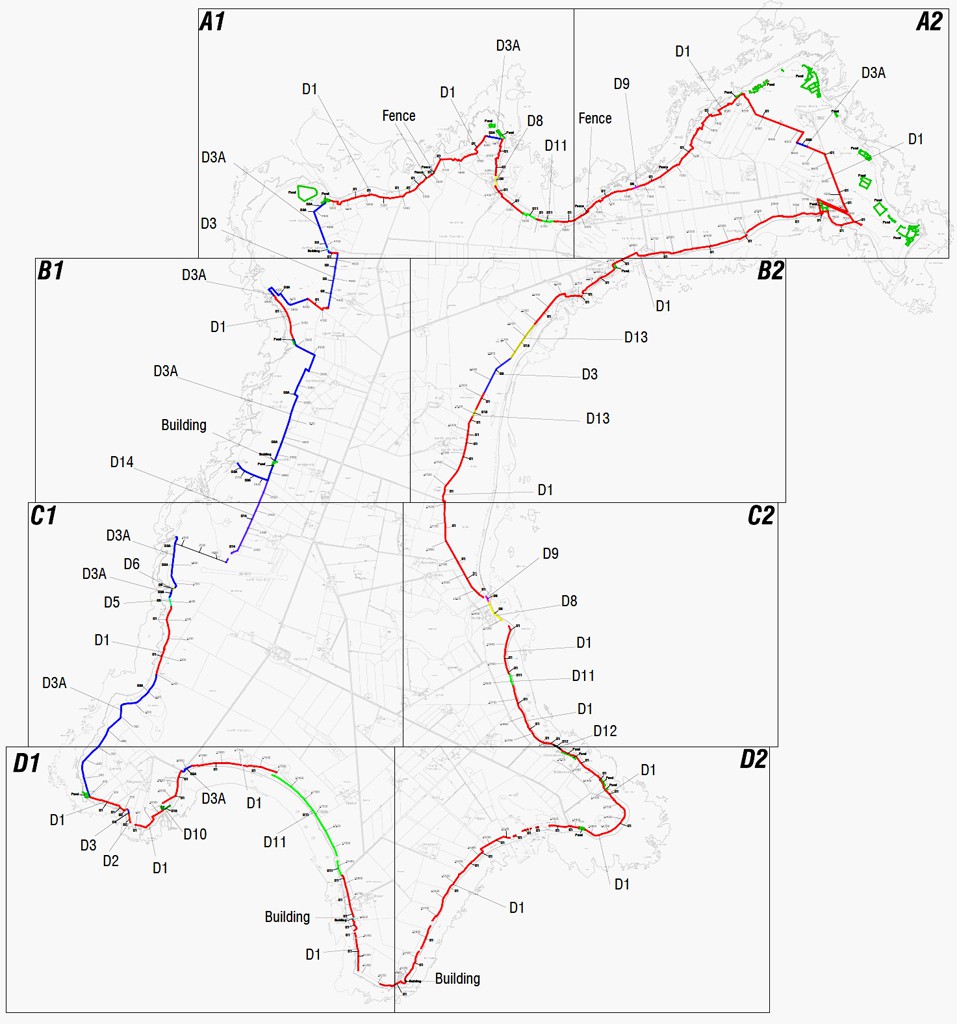 The callout for work on the dyke would come from the Sheepmen, who were appointed by election, two from each of the five Toonships on the island, to administer the various duties and ensure that the regulations were adhered to.

The dyke has been carefully built to reduce the pressure on it from a variety of factors. In parts of the island where sand blows up onto the fields, there are square openings built into the structure to allow sand to pass through and reduce the weight of it that would otherwise build up.

Throughout the twelve-mile extent there are holes between the stones to let the wind blow through, and this reduces the damage from storms, but the sheer force of a winter gale can be very destructive and take down stretches of dyke, as writers in the island record in particularly bad years.

”The gales have done tremendous damage. During one tide, from flood to first ebb, miles and miles of the sea dyke have been torn away. The sea roared in, meeting local water, flooding roads, and producing a scene of such destruction that has not been approached since 1937, when there were far more people to repair the dykes.

“The waves were so huge that they were right over the store at the foot of the pier, and it was quite terrifying to look out of our upstairs windows to see waves coming in over the dyke, and at their height towering up above the roof of the house on the other side of the loch.

“Hundreds of sheep poured in through all the gaps and ran in flocks up the rods, over the fields and round the stack. Their hooves pounded past us as we went to feed the cattle in the byres, sixty or more sheep racing through the yard.”
(Christine Muir, Orkney Days, 1986)